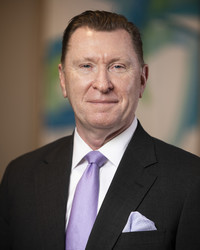 Mr. Wood joined Gulfport in December 2018 from Arsenal Resources LLC, a West Virginia focused natural gas producer and First Reserve Corporation portfolio company, where he most recently served as Chairman of its Board of Directors and previously held the role of Chief Executive Officer. From 2013 to 2016, Mr. Wood served as a Senior Advisor to First Reserve, a premier energy-focused private equity firm, serving on several portfolio company boards. Prior to that, he spent more than 17 years at Murphy Oil Corporation, including as Chief Executive Officer, President, and Director from 2009 until his retirement in 2012. From 1980 to 1994, Mr. Wood held various senior positions with Ashland Exploration and Production. He began his career as a well-site geologist in Saudi Arabia. Mr. Wood currently serves on the board of Lilis Energy, Inc. (NYSE: LLEX), an exploration and development company operating in the Delaware Basin.

David M. Wood holds a B.S. (Hons) Geology from the University of Nottingham in England and completed Harvard University’s Advanced Management Program. Mr. Wood previously served on the Board of Directors and as an Executive Committee Member of the American Petroleum Institute. He was also a member of the National Petroleum Council and is a member of the Society of Exploration Geophysicists. His past board affiliations include Crestwood Midstream GP LLC, Crestwood Equity GP LLC, Deep Gulf Energy LP, and Berkana Energy, when it was majority owned by Murphy Oil. 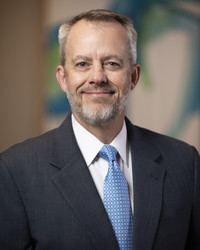 Mr. Moore joined Gulfport as the Chief Operating Officer in January 2018 from Noble Energy, Inc., where he most recently served as Vice President…Read More »

Mr. Moore joined Gulfport as the Chief Operating Officer in January 2018 from Noble Energy, Inc., where he most recently served as Vice President of Noble’s Texas operations for the Eagle Ford and Delaware Basin assets. Prior to that, he held various leadership roles including Vice President of the Marcellus Business Unit, Manager of Operations for the Wattenberg/DJ Basin Business Unit, Manager of Operations for the Gunflint discovery in the Deepwater Gulf of Mexico, and Development Manager for Noble’s Mid-Continent and Gulf Coast positions. Prior to joining Noble in 2007, he held a variety of roles with ARCO Oil and Gas Company, Vastar Resources, and BP America from 1989 to 2007 and brings to Gulfport more than 28 years of operations and subsurface leadership experience.  Mr. Moore is a graduate of Louisiana Tech University with a Bachelor of Science degree in Petroleum Engineering. 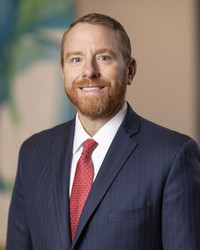 Mr. Hicks joined Gulfport as Executive Vice President and Chief Financial Officer in August 2019 from Halcón Resources Corporation, where he most recently served as Executive Vice President, Chief Financial Officer and Treasurer. Prior to that, he held various leadership roles of increasing responsibility including Executive Vice President of Finance, Capital Markets and Investor Relations. Mr. Hicks joined Halcón in August 2012 following the merger of GeoResources with Halcón, where he served as Director of Acquisitions and Financial Planning at GeoResources from 2011 to 2012. From 2004 to 2011, Mr. Hicks worked in investment banking with Bear Stearns, Sanders Morris Harris and most recently Madison Williams, where he was a Director in the energy investment banking practice. Prior to that, Mr. Hicks worked as Manager of Financial Reporting for Continental Airlines. Mr. Hicks began his career in 1998 as an auditor for Ernst and Young LLP. Mr. Hicks graduated from Texas A&M University with a Bachelor of Business Administration and a Master of Science degree in Accounting. In addition, Mr. Hicks holds a Master of Business Administration degree in Finance from Vanderbilt University and also holds a Certified Public Accountant license from the State of Texas. 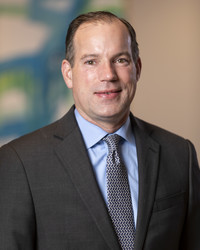 Mr. Craine joined Gulfport as General Counsel and Corporate Secretary in May 2019 from Chesapeake Energy Corporation, where he served…Read More » 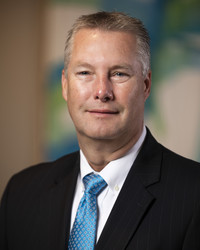 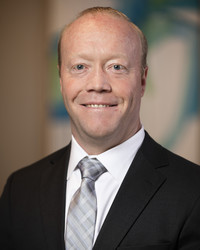 Mr. Sluiter joined Gulfport as the Senior Vice President of Reservoir Engineering in December 2018 from Noble Energy, Inc., where he most…Read More »

Mr. Sluiter joined Gulfport as the Senior Vice President of Reservoir Engineering in December 2018 from Noble Energy, Inc., where he most recently served as the Permian Basin Business Unit Manager. Prior to that role he spent over 17 years developing his skills and expertise in unconventional resource development, reservoir engineering, subsurface development, business development/M&A, and leadership at Noble Energy, Santos Australia and Santos USA. Mr. Sluiter began his career as a wireline field services engineer for Schlumberger in Thailand. Mr. Sluiter is a graduate of the University of Sydney, Australia, with a Bachelor of Science degree in Chemical Engineering.